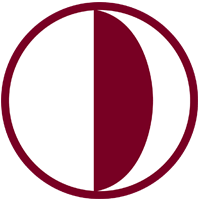 Near East University established in 1984 in northern Cyprus, as an international higher education institution and it became one of the top Turkish universities.

There are over 26000 of students study in Near East University; thousands of them are international students from different countries who study various majors in 20 faculties, 218 postgraduate programs besides the vocational institutes. Near East University has widely developed among other Universities; consequently, it became one of the highest educational institutions and cultural centers in Cyprus.

To become a high educational institution that is in line with the public rules and the Turkish educational principles, while it follows the international values in the academic and scientific research.

To raise the quality of education by organizing international scientific events, to provide more research opportunities and publish their final research results on a large scale.

Why Near East University?

• English is the official language for the academic programs at the University
• The University focuses on improving the quality of education, so it continuously develops the programs curriculum
• It is a member in many of the international unions; it is a member in the European University Association (EUA) that represents over 800 institutions, International Association of Universities (IAU) within the body of UNESCO, International Society for Engineering Education (IGIP), Joint Commission International (JCI), and the Federation of the Universities of the Islamic World (FUIW)
• The University also provides cultural activities, it has one of the largest libraries in the island, and the University includes theaters, GYM, Sports centers, Olympic swimming pool, and other facilities in addition to the educational centers
• It not only focuses on the academic programs but also motivate students to participate in the student activities, to help them improve their skills and wide their networks• It includes 28 research center and a University hospital that considers as one of the most developed health centers in Cyprus