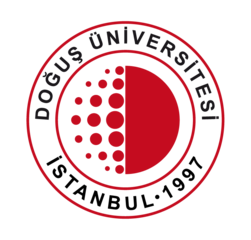 Dogus Private University Istanbul was established in 1995 by the Dogus Education Foundation as a non-profit endowment university, and its first academic year was in 1997.

The university is ranked 4th at the level of international universities according to the WEBOMATRIC ranking, and the 3rd among Turkey's universities according to the URAP classification. Dogus University is also a member of the Erasmus European Student Exchange Program, which allows students to study one year in one out of about 650 European universities With the possibility of completing and combining two specializations at the same time or studying a major besides a part of another specialization, and the university is accredited by the Turkish Ministry of Higher Education and the YÖS test is not required for enrollment.

Dogus University provides preparatory courses for students at the hands of specialized and accredited academics, and allows students to study an English language course for a year at universities in America and Britain.

The university has 31 undergraduate programs in 5 faculties, 18 professional programs, 17 master's programs, and 7 doctoral programs, and majors are studied in English, German, Chinese, Russian and Arabic.